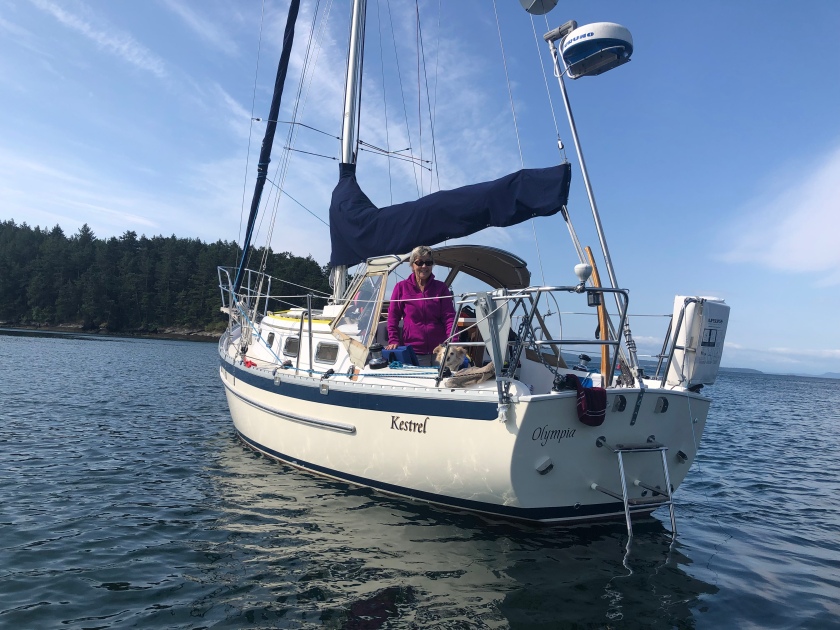 From DeerHarbor we motored between Orcas and Waldron Islands to Sucia 2.5 miles north of Orcas. Our departure music was Mozart’s Symphony 39, 4th movement. Sucia is part of an archipelago of 10 islands and its Spanish name means dirty or foul. Foul as in reefs, rocks and basically dangerous areas not to navigate as also in foul weather. About 600 acres Sucia has a number of coves suitable for anchoring or tying up to State park mooring balls. We entered Shallow Bay via two narrowly placed channel buoy markers that guided us through the reef on the west end of the iskand. We were ahead of a forecasted storm on a busy boating weekend and tied fast to the last of 8 mooring balls. 😊 Finally we had begged off from the sailing life of secure marine slips with conveniences and were entirely self sufficient for our needs. Going ashore by rowing our dinghy connected us to the land. Amongst the beauty of the small bay surrounded by fir, cedar and arbutus trees we watched eagles and blue herons on their fishing escapades as well the approach of ominous clouds. 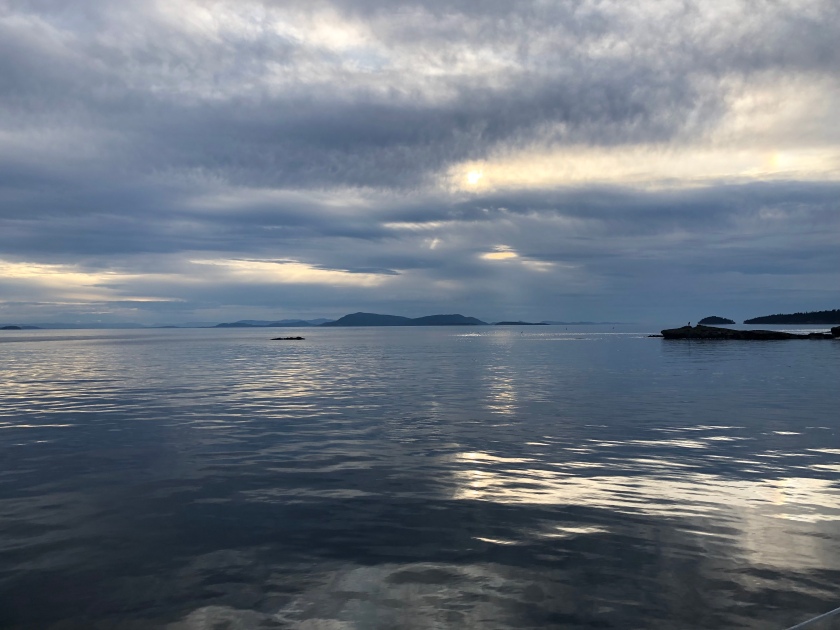 The rain, wind and the few waves that managed their way over the protection of the reef rocked us to sleep. Kestrel was in the lee of the south wind. With weather we decided to stay three nights. Each day we hiked the trails that led us to other anchorages and flotillas of other boats, campers and kayakers.

Some campers cane in by small hired taxi type boats with their gear and camped. Kayakers came across the 2.5 mile water with camping gear. Amazing the number of kayakers we encounter in open seas. Over wine and pasta it was easy and empowering for Ann and I to be far from the grim news, internet of the states. For a time we could breathe into the soul and find the richness of earth and the adventure of new surroundings. Like the Eagle we were free to enjoy the island as well its serenity. 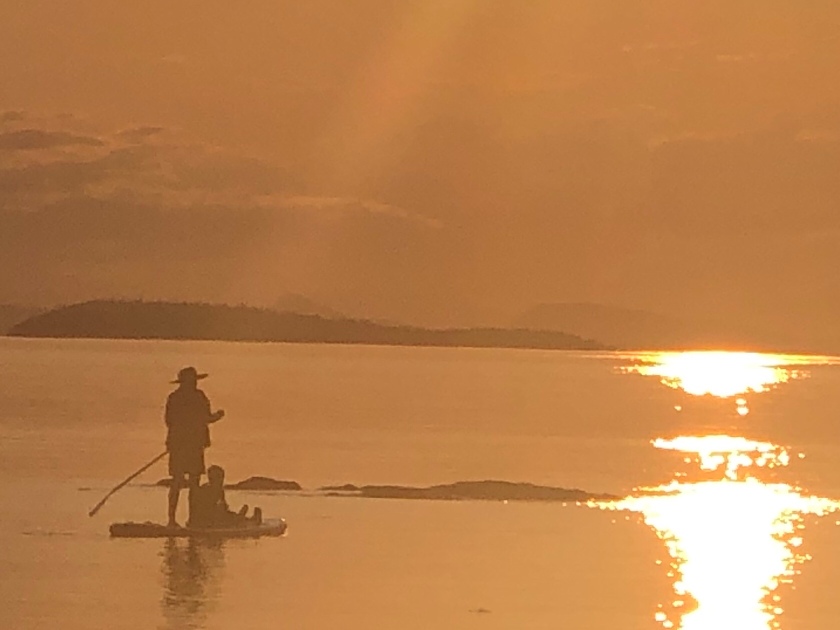 Before leaving beautiful Sucia Island, not so dirty, I raised Canada’s maple leaf national flag on the mast ready to set sail for Bedwell Harbor on South Pender Island. 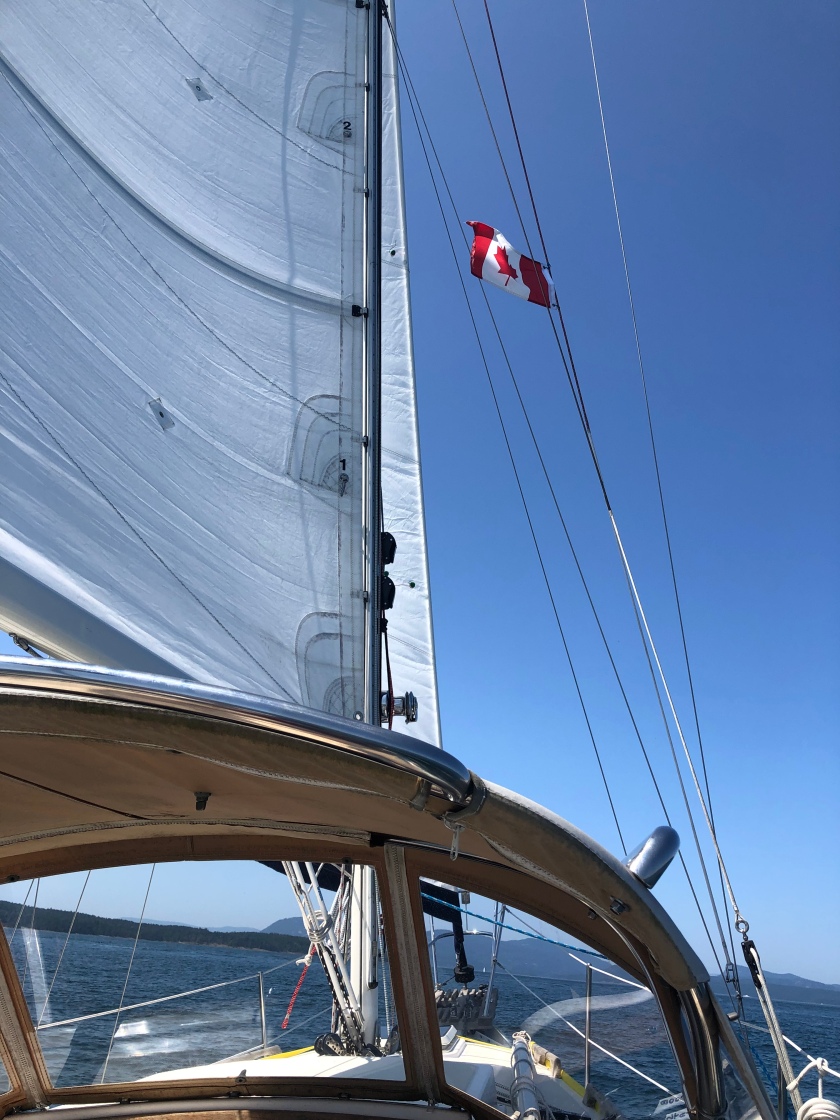 Ensign Wilson enjoyed the dinghy rides ashore, long walks. On board he was responsible for security watch but generally fell asleep. He was a favorite of those folks we encountered on the beaches and trails. 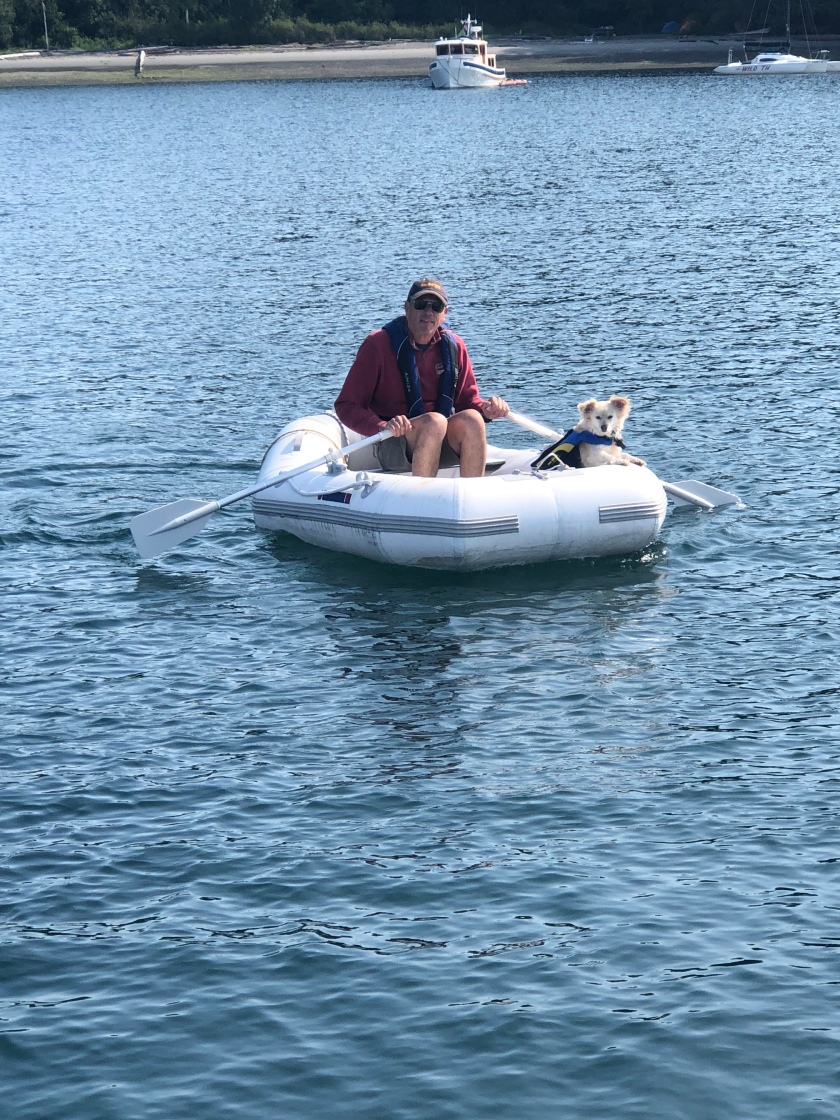 Below an unknown young explorer on his skiff capturing on film a blue heron fishing off the reef in the sunset. It’s comforting to see this vision of the future. 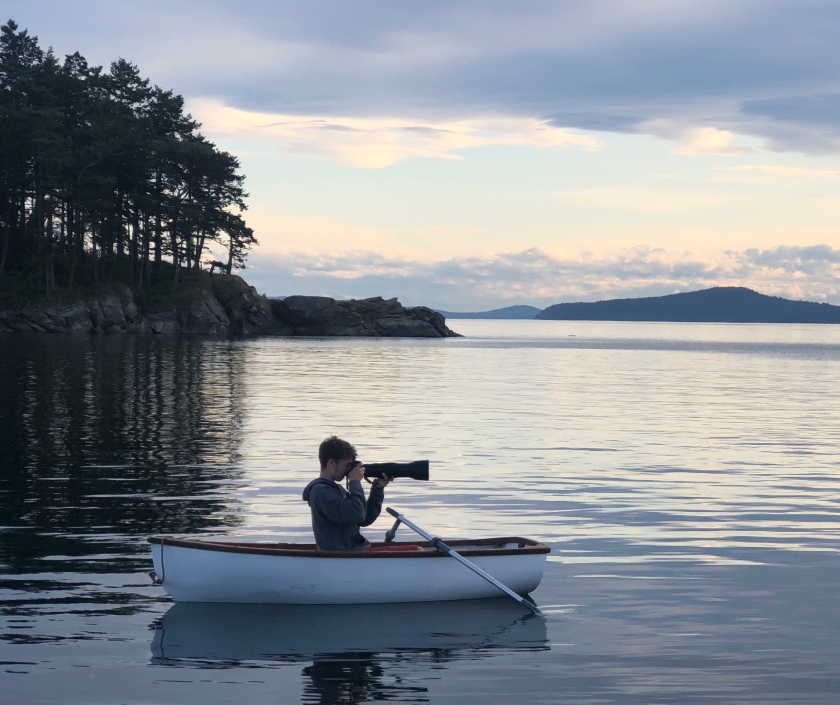 Shalom friends – may you have fair winds.

Gary, Ann and Ensign Wilson aboard SV Kestrel our Dana 24 on voyage 3 in the San Juan Islands.