July 16-17 from Gig Harbor we departed to the music of Wagner’s “Pilgrim’s Chorus” from  Tannhauser in our way to Kingston on the NE side of Bainbridge Iskand.  The challenge on this passage north sod Blake Island is to not get broadsided by a WA State Ferry running to/from Southworth, Bremerton, And Eagle Harbor.  These Ferry’s at speeds of 20 knots are punctual.  Avoidance at all cost!  Once north of Seattle and no worry of ferry traffic we hoisted sails and tacked to Appletree Cove wind NE at 12.   Dodging crab pots and guys salmon fishing we overnighted at Kingston and dinner on board was pasta with steam clams ala Ann and a nice Colene Clemons rose. 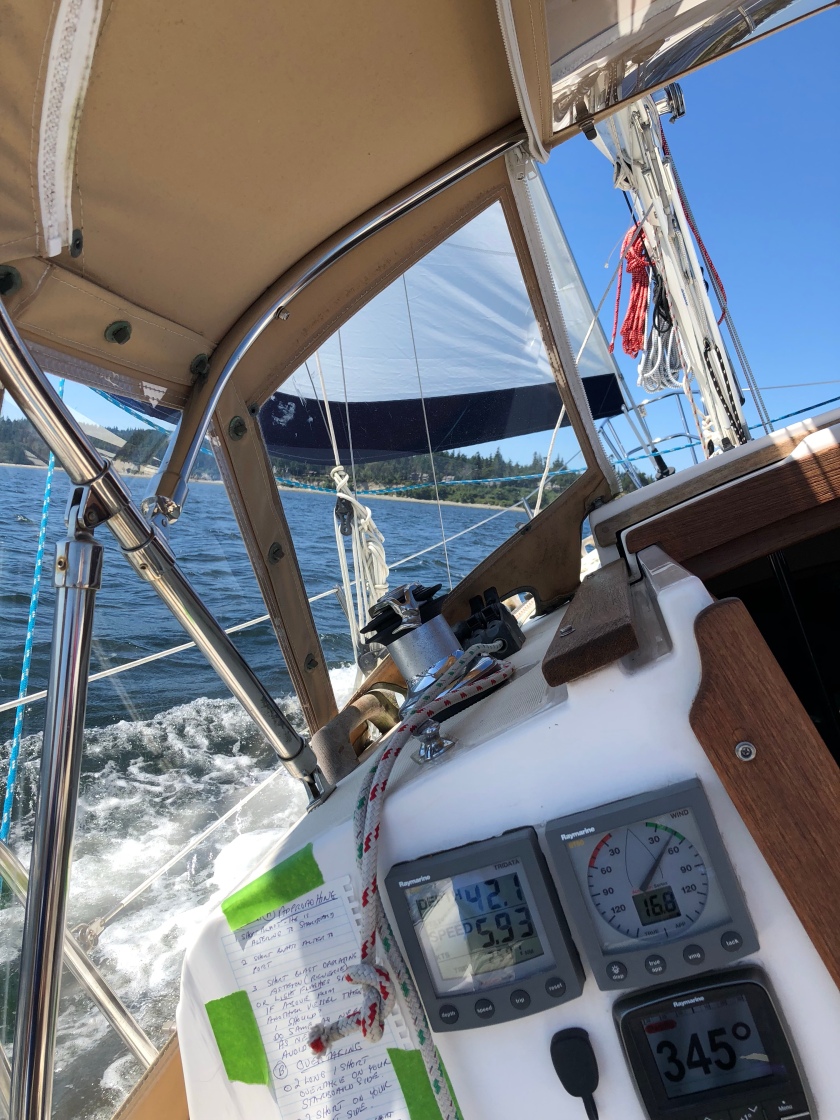 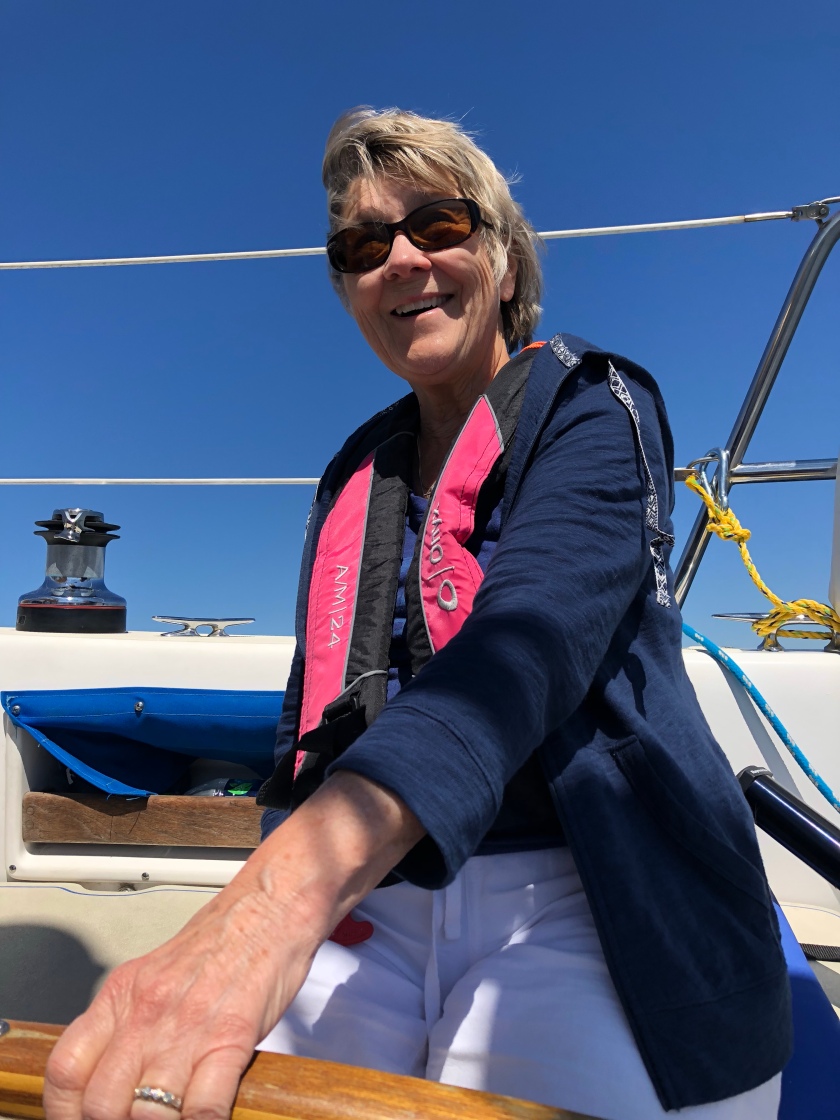 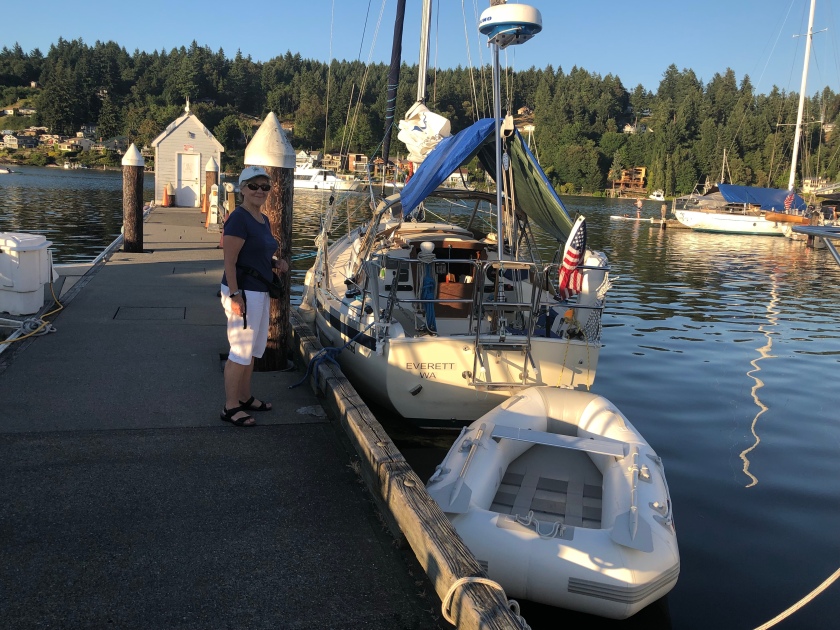 On to Port Ludlow departure music was the Overture to Mozart’s Don Giovanni as it appears our musical theme is Opera. Sailed with a southerly wind over our stern and wing on wing. Sighted dolphins. Relative short 16 nm passage to Ludlow careful of the vessel traffic area with the big ships freighters and cruise ships as well as tug/barge operations. Cooler weather welcomed after two days of 90 plus. We like Ludlow. Took on a whopping 8 gallons of diesel and used the pump out station. Washed down the boat. Wilson did better today in the cooler temps and cool westerly winds. There have been gale warnings in the Straits. So my eyes are on the weather window for the crossing to Vancouver Island. Plan to cross this Thursday or Friday morning. Tacos 🌮 tonight. Found an interesting beer will post later. Depart for Port Townsend tomorrow. 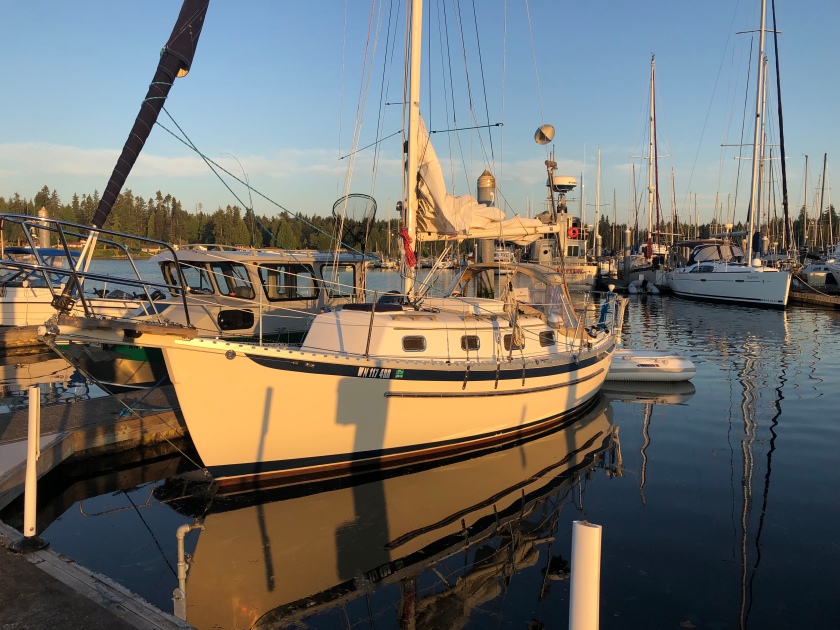 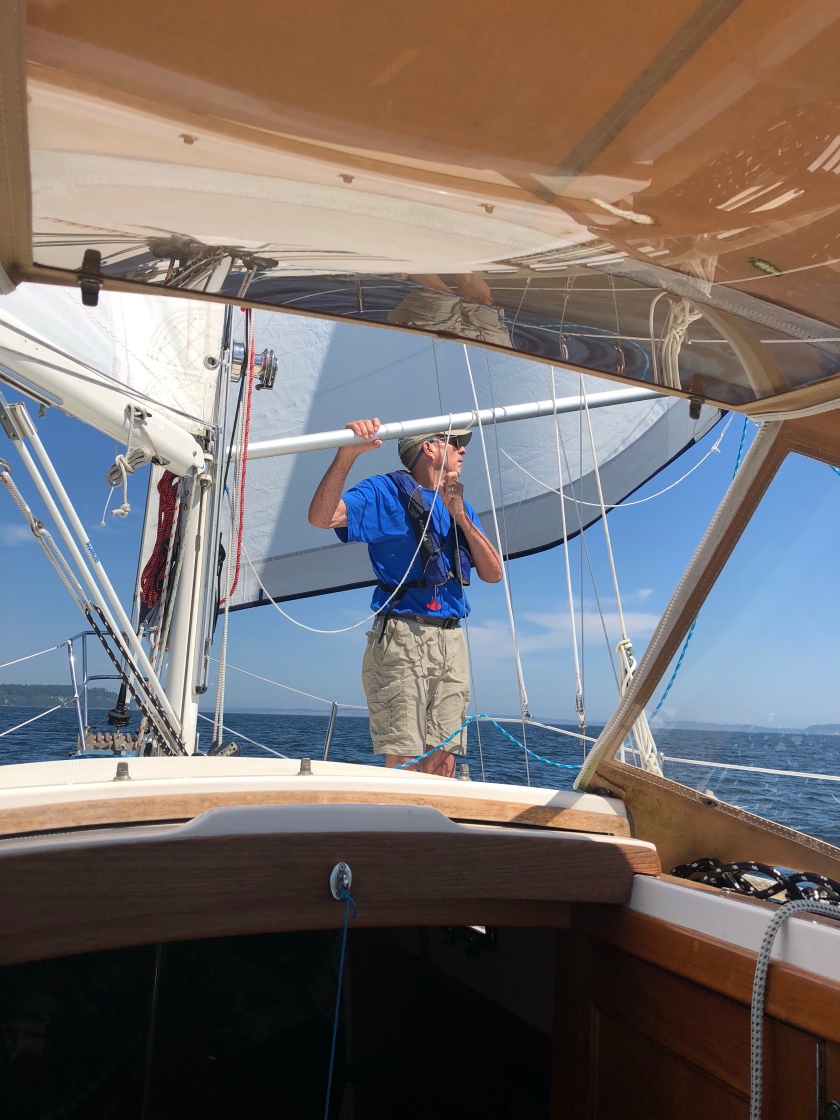 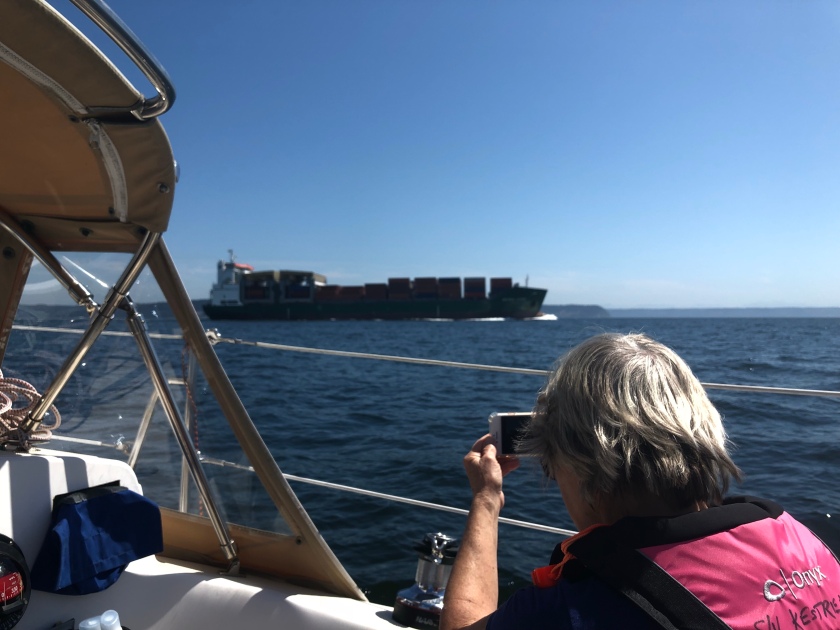